Our vehicle inspectors perform an exhaustive Strafford Used Car Inspection -- using CarDr.com's mobile Vehicle Inspection application - so they are all consistent and nothing is missed, the app connects to the vehicles on board diagnostics to ensure - all hidden engine codes are caught, the inspection is supervised by an AI - from Vin scan to obd diagnostics. The Inspection Report allows you to know if the used vehicle being is reliable or in poor shape. We also do provide Used Truck RV & Motorcycle inspection in Strafford

1) Vehicle damage history - so that the inspector and AI is aware of prior issues of the car.

2) Professional APP Based inspection: The inspection itself is performed using an CarDr.com Inspector APP - ensuring a comprehensive and monitored - from picture taking to it's test drive.

The Vehicle Health Score makes it easy to understand the vehicle's health. A clear report allows you to make an informed decision on the potential purchase and use it for optimal negotiation leverage. 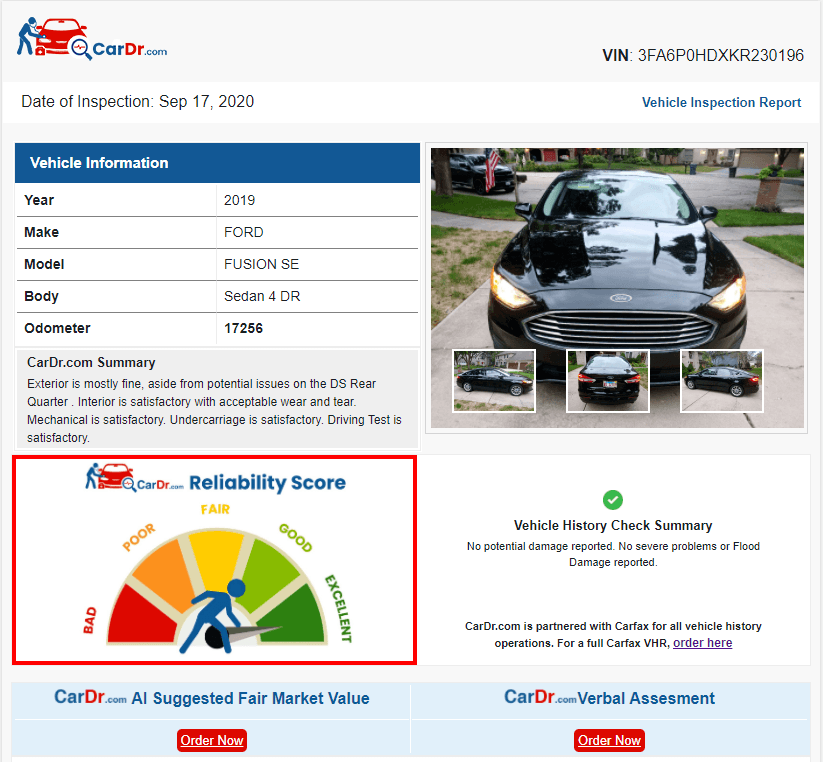 Cities: Used Car Inspection in Strafford is available in :

Counties: Used Car Inspection in Strafford is provided in the following counties: